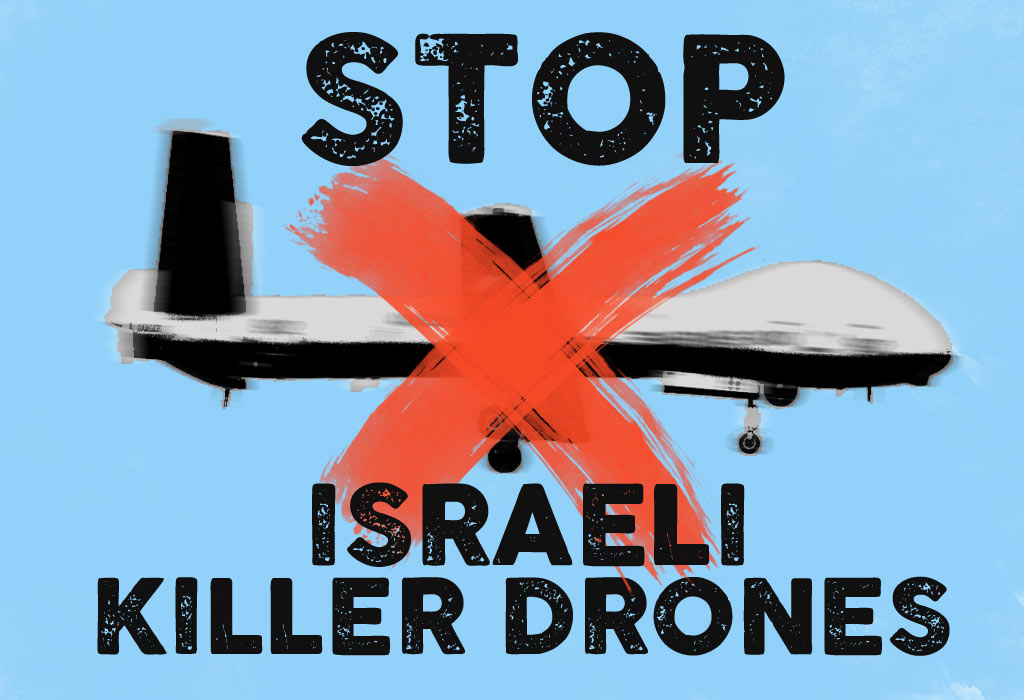 Since November 2018 the European Maritime Safety Agency (EMSA) has leased through the Portuguese company CeiiA two Hermes 900 drones, so-called ‘killer drones’ manufactured by Israel’s largest military company Elbit Systems. Under the € 59 million worth 2 year leasing contract, the drones are used mainly to implement the EU’s repressive anti-migration policies. Experts condemn the move to aerial surveillance as an abrogation of the responsibility to save lives. Worse, the Elbit’s killer drones are supporting Frontex and national authorities in Greece, where migrants and refugees have been targeted with live ammunition at sea.

Elbit Systems develops its drones together with the Israeli military and promotes its technology as field tested – on Palestinians. It provides 85% of the drones used by Israel in its repeated military assaults and continued inhumane siege on Gaza. Hermes drones have killed the four children playing at the beach during Israel’s attack on Gaza in 2014.

These drones can kill but can’t save lives.

This may be a good place to introduce yourself and your site or include some credits.